We are now open! Schedule a virtual visit. 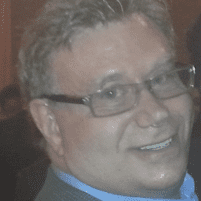 What should I know about the PicoSure technology?

The laser pressure signals cells to communicate and work together to release necessary proteins to speed up healing. The ink removal process is painless, often likened to the feeling of a snap of a rubber band.

How does the PicoSure technology work to remove tattoos?

The PicoSure laser works by turning the liquid ink into a solid. Once the tiny sediments become solid, they are removed from the body, leaving a spotless, unmarked patch of skin.

PicoSure’s technology is designed to trigger your body’s immune response during the procedure, to prevent discomfort and promote healing. New collagen and elastin are created at a cellular level without any damage or burning to your skin.

Why is PicoSure technology the right option for removing my tattoos?

Thanks to PicoSure’s technology, tattoo removal is virtually painless and can be done without any special preparation. Many treatments can be done in just minutes and entail minimal to no downtime, unlike other procedures.

What else can PicoSure do?

Dr. Burger offers a variety of laser-based treatments in his West Caldwell, New Jersey medical aesthetics centers. He is well-versed in laser body sculpting and the PicoSure laser technology. In addition to tattoo removal, PicoSure is an effective tool for treatment of skin discolorations and pigmentations, acne scars, and wrinkles.

Additionally, Dr. Burger is one of the few physicians who specializes in laser skin care. He has focused his practice to ensure that patients get the highest quality skin care.